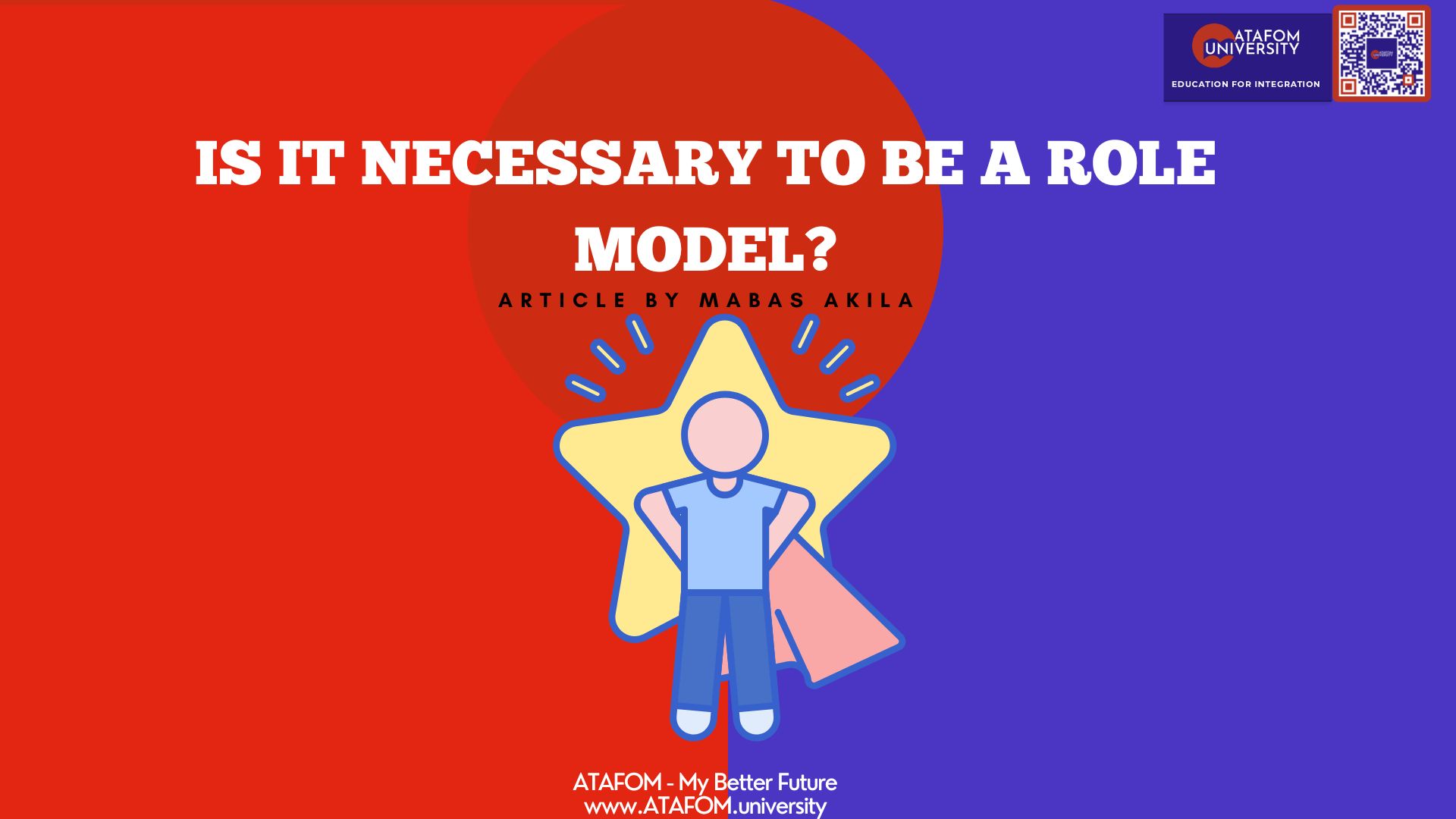 Often, the question we ask is ‘How important is it to have a role model?’ Very few bother to seek to know how important it is to be a role model. Perhaps, this is because only a few really attain such heights where they feel comfortable for someone to emulate them
or probably that we act in ‘humility’ by downplaying the fact that we need to blow our trumpet and proclaim like Paul in the Christian book “Emulate me as I emulate Christ”. Either way, the fact still remains that there is a scarcity of role models around and those
who really are, were sorted after by their followers rather than making themselves available.

To understand why it would be good to deliberately challenge yourself to be a role model or a mentor, it would be necessary to revisit Abraham Maslow’s Hierarchy of Needs. Well, it is a common saying that “You can’t give what you don’t have”. Therefore, being a role model is synonymous to a progressive attainment of certain levels in life. Maslow’s model opines that human needs are fulfilled based on an organised hierarchy where the attainment of one category will lead to another, most at times, in the traditionally arranged form and sometimes in no particular order depending on a person’s experiences and preferences. The five stages of human needs, however, come in
the following order:

at the base of the pyramid are the Physiological needs (food, water, warmth, rest, etc), followed by Safety needs (security, safety, etc), then the need to belong and be loved (intimate relationship, friendship, etc). The fourth human need is to satisfy one’s desire for prestige and accomplishment (Esteem needs) and the fifth but highest level of need is Self-actualisation which relates to the desire of humans to achieve their full potential.

It means that a human who is at the base of the pyramid trying to make ends meet in terms of his/her daily bread and safety may not consider being a role model and of course, many may not even consider him to be a mentor to them. On the other hand, someone who is searching for relationships may consider opening himself to being a role model having satisfied his or her physiological and safety needs. Consequently, someone looking for Esteem and Self-actualisation can tell themselves that they are ready to bring people under their tutelage as mentees or disciples. Let it be clear at this point that although being a role model is closely associated with some level of accomplishment, not all those who have attained to the level of esteem and self-actualisation are role models. It can also be argued that someone who is at the base of the pyramid – say on physiological needs can be a role model!

So what does it take to be a role model? It takes achieving something great and better than others – money, fame, brilliance, etc but above all, it takes character and resilience; things that the hierarchy of needs does not include. Someone could be deeply in need of shelter and food but possesses character and resilience – he or she is already capable of being a role model. Within the circle of the destitute, there will always be an opinion leader or the head. A popular proverb reads, “In the city of the blind, the one-eyed is king”. It goes to say that even someone who is limited and constrained due to certain challenges can be seen as a special being among those who possess lesser abilities.

The world is clamouring for mentors or role models to reduce the level of decadence among the younger population. While growing up, children unconsciously find themselves looking up to someone who would offer some kind of template for operation and integration into society. Offering ourselves as models to them no matter how littlewe can contribute to shaping their lives will go a long way in making society a better place to be. There is also the need to train one’s self in the art of mentoring or role modelling. With training, prospective role models are better equipped with skills and ethical practices needed to offer leadership to those who look up to them. While society groans for change, know that one little way you can enable such change is to become a role model to others. And as far as you have character and resilience, you
possess enough quality and achievement to make someone desire to gain from you. At ATAFOM University International, Founder and President Dr. Sakir Yavuz is a role model that can hardly be found with these qualities, beliefs, deeds and visions as well as missions.

The visionary Sakir Yavuz is a cosmopolite and since 1980 has felt all over the world with his family like at home. He has made himself a mission as a Turkish citizen with his partners to provide access to all young people to a university education at the highest international level of education with absolute equal opportunities. His dream of creating a limitless training practice center began at the time of his active
sporting career.

He started making his dream come true at a young age as an assistant trainer. When Sakir Yavuz became a successful athlete, he opened his first sports school in 1985.

In his school, a framework was created for all children, regardless of their status, origin, skin color, culture, or religion, to realize unrestricted equal opportunities in sport. This is evidenced by more than 21,000 sports students he trained personally and worldwide between 1984 and 2006, many of whom have achieved great successes at the national and international levels, including several European and world championship titles. Even after more than two decades as an athlete and teacher who has implemented numerous international sporting, social, humanitarian, and economic projects, after long and intensive and enriching stays all over the world, Sakir Yavuz has never lost the connection to the culture and values of his homeland and pursued his vision of creating a modern international university for all of the world’s youth. Since the beginning of this century, the visionary and founder Sakir Yavuz has continuously and uninterruptedly promoted the development of sustainable, multicultural, cross-denominational, and cross-gender, integrative educational concepts. Together with a team of experts from the fields of education, business, law, politics, media, and technology, the visionary worked on realizing his dream of founding an international university.

On the basis of his experiences and possibilities in mental and economic nature, Sakir Yavuz founded the Atlantic African Oriental Multicultural University International “ATAFOM”. A role model, a doer and a person who changes the world over and over again and
makes it a better place!

This ATAFOM Spirit among the ATAFOM Members and the ATAFOM Students is lived and practiced every day at the ATAFOM University.
Let us walk together through our positive thoughts and our active actions following the example of Dr. Sakir Yavuz to make the world a better place in a sustainable and conscious way