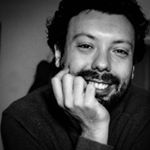 Ultimately, his  goal is to help filmmakers to tell stories, bring their visual language to life and add his expertise to make it coherent and unique.

A colorist is a technician and an artist,  needs to master storytelling, cinematography  color science and develop the sensitivity to make use of those skills to serve the story.

He loves experimenting, testing new techniques and looking for a special approach on every new project

Walter is an italian Colourist  with over 12 years of experience color grading  feature Films, documentaries ,TV series  and commercials around the world.

Mr Cavatoi started in Post Production in the early 2000 and worked for several facilities as a freelancer as well as running his own studio.

In 2014 he moved to middle east and had extensive experience in TV industry, collaborating to set up grading units and supervise the work of small teams.

In the last few years he has seen his international network of clients growing fast and he has graded films and TVCs from over 15 different countries. He is available with DCI studio cinema equipped suite in Rome (Italy), Bologna (Italy), Doha (Qatar), Chennai (India) and through my network of partners in UK and US. Remote Grading available worldwide