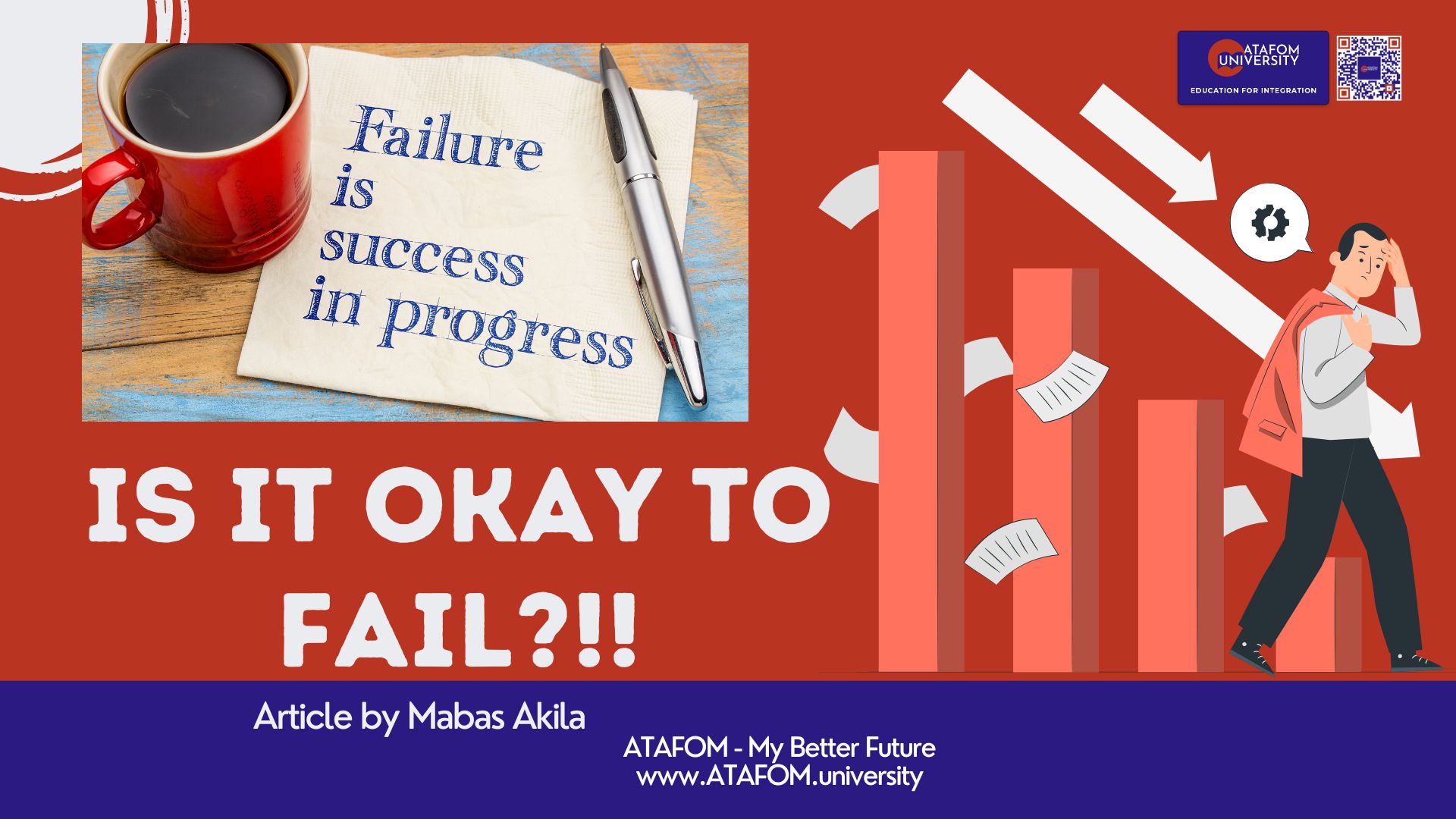 It is a long standing debate on whether people learn more from failure than successes. While studies before the turn of the century found out that failure seems to be a better teacher, most recent researches are beginning to realise that people get turned off with failure viewing it as less attractive and a killer of self-worth.

Proponents of failure as a teacher always believe that bad experiences remain longer in the memory as such the subject recalls vividly how to avoid repeating the same  mistakes that led to such experience – for them, experience is the best teacher. In truth, they celebrate failure and hope that it makes you and me better people. Those who oppose this thought pattern believe by exposing ourselves to failure, we inhibit the learning to effectively take place – well, it means failure is the worst teacher, to them. Another point in defence of this worldview, perhaps, is that successes are indelible, inspirational, contagious and soothing. People tend to prefer identifying with such experiences; they will also prefer to strive for such attainment than for something negative.

In the midst of all the argument lies the hard reality – that people will always fail and there will always be successes. For the fact that failure is viewed as a bad teacher does not mean people will perpetually succeed and for the fact that success is perceived as a better teacher does not mean everyone would succeed. The human propensity to fail is the evidence of our deficiencies as humans and our capacity to be successful shows our resilience and adaptive tendencies. Everyone has both and none possesses one!

It is true that no one wants to be associated with failure while success, John Kennedy said, has many relatives, many fathers. It is seen as a plague to be avoided and a sacrilegious criminal for the gallows – everyone will want to avoid it; everyone will come with a stone, a knife, and a bullet for the hangman to perform a good job. Yet, in the quietness of the night, we all lie on the bed of discomfort with acute reminiscence of the haunting Dracula called failure. We get reminded how we should have done things better – what we failed to think to do and what we have failed to do while thinking.

So, the question haunts us again and again… ‘Is it okay to fail?’

In this article, I present to you three things; no, six items – three reasons why I feel it is okay to fail and three things why I think it is not okay to fail. In between, I believe we will find our path and worry less when our humanity betrays us with some level of deficiencies.

We constantly find all around us people who have failed and got opportunities to make it right. One of such is Thomas Edison’s 1000 steps to inventing the bulb. A reporter asked him how he felt about failing 1000 times to invent a bulb. Thomas’ response was thus: “I didn’t fail 1000 times. The light bulb was an invention with 1000 steps”. At the end of it all, one of his famous quotes reads: “When you have exhausted all possibilities, remember this ‘you haven’t’”. Times Magazine named Albert Einstein Person of the Century in 1999 but before then, he was tagged ‘mentally slow’ by his teacher. Oprah Winfrey was fired as a television news caster because she was deemed unfit for TV news but after a trial for a daytime TV show, she became the star of what she ought to be.

The right mental approach to failure is to see the next alternative amidst the mist of uncertainties and rejections. At times, the failed attempts could cross the border of tolerance, yet, we are called to endurance and resilience. You can’t keep trying and failing when you are thinking well.

It is okay to fail because every human has that part

I would challenge you to name one person who hasn’t encountered failures in their lives or made mistakes that have cost them some fortune. This makes mistakes or failure a human nature. A child who learns to walk fails severally just as an adult who tries their hands on learning a trade. So having the idea that you are not the first person to fail or that you are not the only person who fails makes the burden associated with failure less miserable. Of course, Dr. Faustus said this in Christopher Marlowe’s play – “It is comfort for the wretched to have companions in their misery”.

But do not get too comfortable otherwise failure becomes a bad thing. The key is having an understanding that failure is not peculiar to you and is a part of what makes us humans not gods – a simple way of x-raying our deficiencies. It is a critical monitoring instrument that gauges our desire to be perfect and the attainment of it.

Failure gives us a different taste to life compared to what success does. Ultimately, we need both of them to grow and engage others. Life is generally an oxymoron – a blend of bitterness and sweetness as well and while success presents the sweetened part of life, failure completes the mix with the bitter flavour and taste. A person will only live in complete denial when they turn a blind eye to any of these phases. A more complete person will always be than a human who has encountered and responded positively to both failure and success.

Fear has the capacity to extinguish a lot of progress that accrues to a person’s daily struggles and failure is the sodium bicarbonate in the baking soda that smothers the flame of progress. When fear gets to the point where it becomes a by-product of the failed opportunities you have encountered, we can authoritatively say it has assumed an unhealthy function.

Sometimes, our failures can haunt us to the point that we lose our self-worth and find trying again a herculean task. We will be reminded of the last time out and how it was simply humiliating and these past episodes keep feeding our resilience. When it finally succeeds, it weakens our spirit. In this case, failure becomes a disease needing therapy – you need to find solutions on how to reduce your fear.

Apart from fear, failure can inhibit our creativity. It is true that failure makes us think and create alternate ways of achieving our project, yet, when treated wrongly; it possesses the capacity to axe our thinking. This happens when the person who encounters it dwells too much on the item of failure and the reasons why they fail.

Every failed project or mistake is a call to approach issues differently. It is expected to give us a fresh perspective of how things can be achieved in ways that we never could have imagined. The challenge is for us to abandon our comfort zone and learn to be flexible and not rigid by trying newer grounds, exploring new frontiers and experimenting unconventional means. Not many people can be open to this phase of living; hence failure becomes a signal to abandon the project entirely.

When you initiate a business concept for example, and it doesn’t work, your challenge could be tweaking the project a bit or a complete change of business plan and ideas. The moment when you feel discouraged to do this, it becomes imperative that failure becomes a poison to you.

While the argument in this article stresses that failure can have a positive vibe, it is not an attempt to encourage the frequency of failure. Learning from failure also entails our ability to avoid committing the same mistakes over and over again.