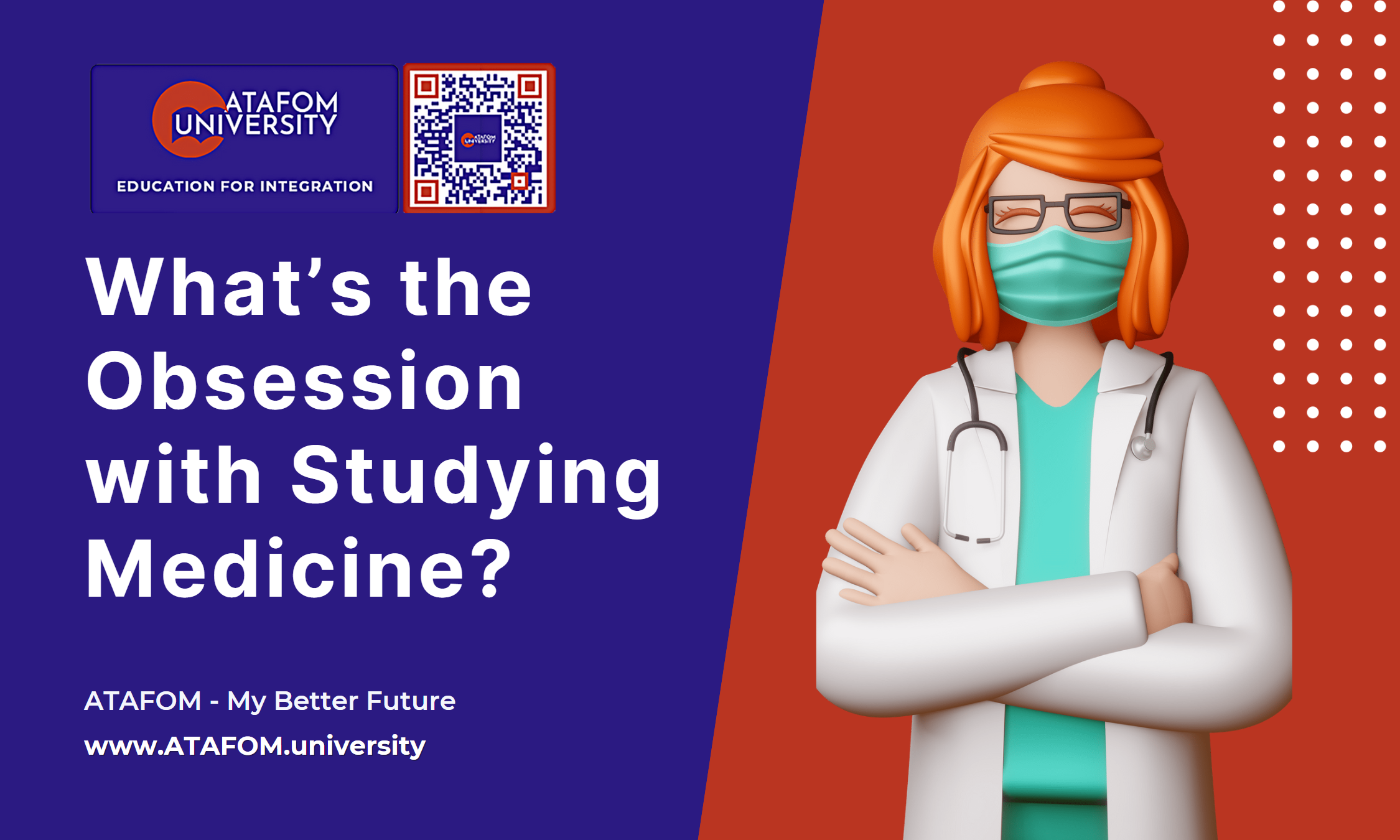 I live in Nigeria and I know the deeply seated yearning of every parent regarding their kids’ careers. I bet you, the majority would prefer at least one of their kids to study Medicine and Surgery at the university. This trend is not only in Nigeria; many other African families find themselves nursing the same ambition for their children. But on the world stage, it is a different ball game entirely!

Medicine and Surgery, in most researches, is found to be the most popular and sought after course of study in Nigeria and other African countries while courses such as Engineering, Law and Accounting follow in the list. In a brief survey I undertook of 70 school children between the ages of 8 and 12 in Jos, Nigeria, it was found that 52 of them mentioned Medicine and Surgery when asked their career choice; of the 70 school children, 39 said they were influenced by their parents on their choice; 15 said their teachers were key to their decision; 7 mentioned cartoons and films as inspiration behind their choice while the rest of the 9 children indicated that they were inspired by the careers of family friends, siblings and other close associates.

In a separate interview with 25 student medical doctors, while 9 attested to heavy influence from their parents in their career choice, all of them admitted that their parents wouldn’t have preferred them to study any other courses and they wouldn’t either. On the reason why they opted for Medicine and Surgery as a course of study, 14 of them mentioned remuneration as the major reason; eight (8) indicated popularity while three (3) attributed it to passion.

While students in countries such as Nigeria and other developing nations continue to cling to Medicine, other parts have advanced to considering other courses as more marketable and relevant to the current challenges in the world. This is not in any way undermining the relevance, prestige and flamboyance that are associated with the profession.

Global ratings of lucrative and marketable courses continue to show reduced interest in medicine and surgery as a course while courses such as computer science and information systems, engineering and technology, Business and Management Studies are among the highly rated courses and professions pursued by most students globally. The popularity of these courses in recent times is not unconnected with current trends where the world is witnessing economic challenges and the need for more technological innovations to satisfy human needs and wants. Invariably, the jobs and glamour are found in these professions with more companies and industries springing up.

So, why do students want to study medicine?

Apart from the results of the study above, there are an array of reasons why parents want their children to study medicine and why the students themselves are drawn to the course and profession as well. Many universities have equally sprang up to meet the increasing challenges to human power training in the field of Medicine such as ATAFOM University. Let us look at some of these reasons why students would opt for Medicine as a career – in no particular order of importance:

For some people, the opportunity to help ease the pain of people with illness gives them great joy, hence, their choice of the course. Although you can derive satisfaction from touching lives with virtually every career you choose, medicine is the easiest and fastest way to do that. Imagine someone in extreme pain and losing hope of survival getting help for a physician through a simple prescription of some simple over the counter drugs. The doctor has the opportunity of making a greater number of people – patients and relatives – to smile without breaking a jaw.

This course is one of the few around the world that possess universal characteristics. Human physiology is the same and the same thing would apply to individuals around the world, except for few differences in race and environment. Additionally, doctors are usually in high demand everywhere although they are more needed in developing countries than in developed countries. So, one unique selling point for a medical student is the fact that they can transfer their services to other countries very easily.

While growing up, I had a perception that doctors actually came from a higher planet. The clothes they wear, the shoes on their feet, the smile they give, the hair cut or braids and sometimes the glasses they wear make them unique. It is often difficult to find a shabbily dressed doctor as it would not speak well of the promise their profession is giving – which is complete wellbeing of the human body, spirit and mind. But the glamour of the profession is beyond clothes, it is about the way the doctors carry themselves and the general perception of society towards them. They are believed to be some of the highly meticulous, principled yet caring members of the community.

For some of the outstanding students in high school, choosing to study Medicine is one of the ways to show how brilliant they are. It is like Medicine is the only course that enables them to use their brains properly. Well, this is a misconception but it is equally true that doctors are usually intelligent. I had a friend from primary school whose path never crossed mine again until we graduated from the university. As friends, we competed healthily in class but he was always second to me. So when we met and he finally found out that I did not study medicine like him, he was perplexed. One of the things he said was: “You didn’t allow me to come first in class only to come and study Mass Communication?” My reply to him was “Well, everyone has a passion, mine wasn’t found in Medicine”.

Humans are social beings and one of such uniqueness is our desire for interaction. The medical profession is one of those careers that provide the opportunity to meet new people on a regular basis. Meeting patients and their relatives can be therapeutic and rewarding as well. As a medical doctor, you get satisfied meeting needs and it opens doors to more opportunities due to the relationship you have forged with them.

Studying medicine can be profitable for a good number of reasons and it might not be wrong to have an obsession for a career in this profession. What could be wrong is the rigidity among parents and prospects who continue to clamour for admission amidst limited positions in the universities. Well, ATAFOM University, as indicated earlier, presents an opportunity to study medicine in a bid to increase the number of universities and decrease the number of unfulfilled dreams.