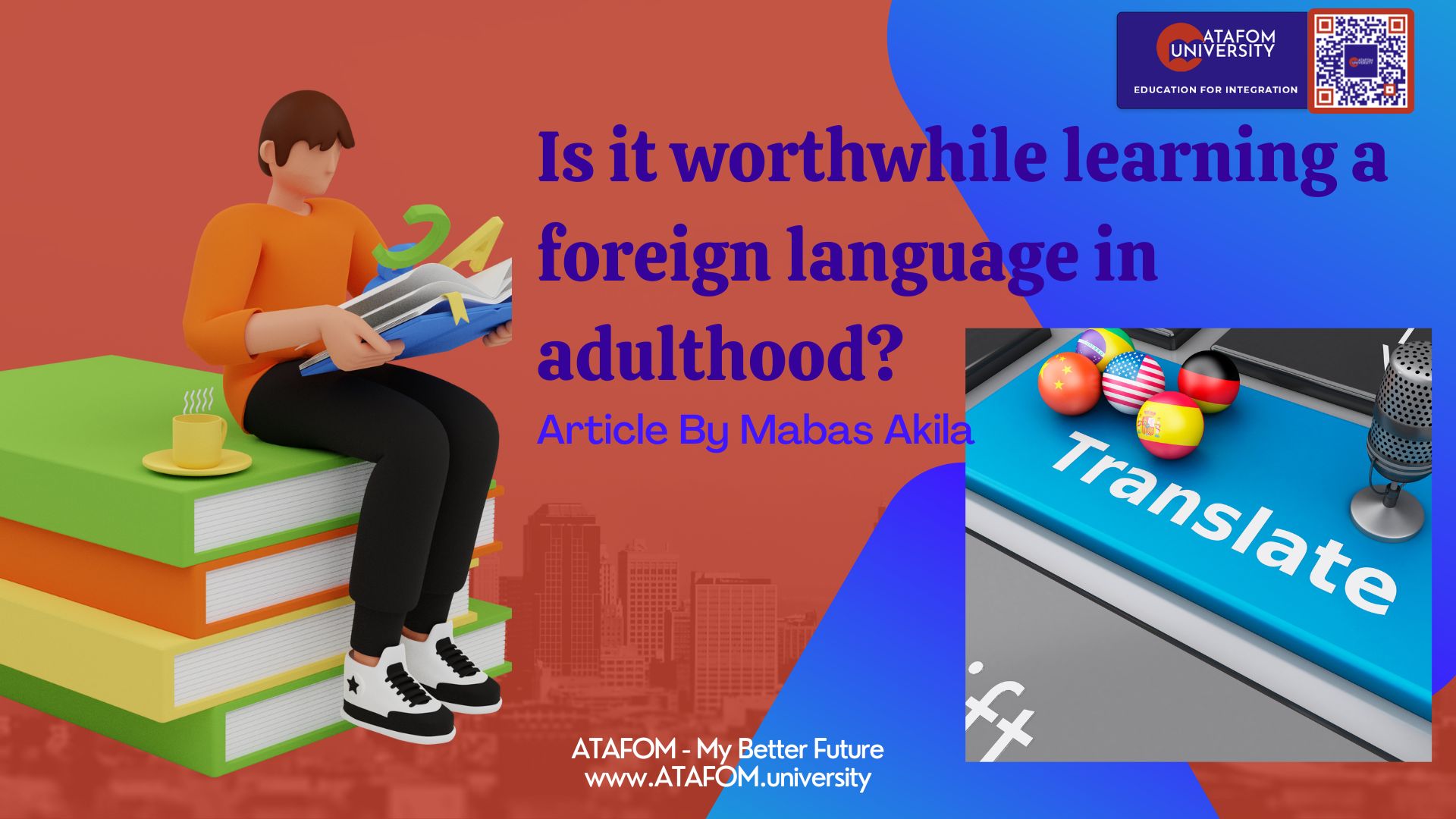 It is globally researched and accepted that children have more elastic cognitive aspects to their brains that enable them to learn a language faster than an adult. But it is also true that an adult has the capacity to persist more than a child when it comes to learning new things. This is one important factor in learning a new language and this factor combines with others which we will see later to make an adult a faster learner than a child.

Who is an adult learner?

Well, an adult learner is usually seen to be from the ages of 25 and above and has seen the need to add to his or her knowledge – in most instances voluntarily. An adult who wants to learn might have no formal education and could be one with a great deal of knowledge about some other things apart from the current area of learning. Whichever side they find themselves on, adult learners come to the learning table with some kind of experience that impacts what they set out to improve about themselves. Children hardly find themselves acquiring this premonition to learning.

Below are some positive learning attributes of adults that could aid their appreciation of a foreign language. There could be other negative attributes but the purpose of this article is to encourage you to go ahead in your pursuit of that foreign language. We shall understudy them and see how they apply to the skills of learning a language – a foreign one at that.

8 Benefits of learning a foreign language in adulthood

At this point, you must have known that there are more benefits of learning a second language for an adult than for a child. A child basically learns for fun but an adult learns with systematic intentions to achieve a set of beneficial results.

Here are 8 most important dividends of learning a foreign language:

It is an antidote to boredom: Learning a foreign language can be a leisure activity or part of your hobbies. It is mostly fun to fill one’s idle moments with something as intriguing as learning a foreign language. In the process of learning, you get exposed to a varying accent from what you know, you laugh over the pronunciation of certain words, you fail and relearn ways of doing language differently from how you know it. Like football or any sports, you get injured or fouled or penalised; then you win or lose but you never quit because of the fun of it. It is not a war; it is just a way of finding amusement by tasking your brain with something challenging.

Learning something new: It is generally believed that humans keep learning and the moment you stop learning, you stop growing. Albert Einstein said this and it is relevant in every dimension. Learning French or German or Turkish or Spanish or Hindi or Chinese as an English speaker is one aspect of growing and this makes you human. What we mean here is that you can choose to grow in the aspect of learning a foreign language.

It is a means of livelihood: Well, what use is learning a language if it cannot translate to a meal on your table? One might argue! Even when you learn a language for fun or as a means of improving yourself, it is very likely that your language skill will become handy at some point. you might be called upon to interpret, to write, to read, to speak at certain events. In very intentional scenarios, you could apply for a job with such language skill and stand out due to the scarcity of people like you.

Expanding your social spectrum and network: When you learn to say a word in any other language, you add to the number of persons in the world with whom you can interact. People are more favourably disposed to you when you communicate with them in their native language. A survey indicates that 71.1% of customers prefer to use websites in their native tongue for their online activities while another research indicates that sharing the same language enhances a better working relationship or environment, which in turn enhances productivity. You get more friends and associates when you communicate in the language of the country you visit. On your own part, you improve your social skills and become more confident to relate with others.

Enhancing your career opportunities: There are certain career roles and positions that demand prospects to learn one foreign language, especially diplomatic positions. A good number of learners from a foreign language class will allude to this as a major motivation to studying a foreign language. For instance, many Nigerians like to study French for trade purposes – all countries bordering the country are Francophones. To them, there will be ease of doing business with those border countries such as Togo, Cameroun, Niger and Chad; and invariably most of the West African states.

Exercising the brain: Does your brain need exercises? Yes, it does; and it benefits more from challenging cognitive exercising than physical exercises. What better cognitive challenge can your brain engage in than learning a language? It is not like math which involves calculations and theorisations, it is simply exploratory and creative in approach. This is not to discourage you from physical exercises – they are extremely good for the overall wellbeing of an individual. But when next you think of improving brain activity that involves cognitive reasoning, you might want to try learning a language. Well, if you care to know, a study in 2007 also revealed that learning a language improves mathematical acumen in children and invariably it will for adults too.

Opportunity to learn other world cultures: Language is what carries the culture and values of a people. You will not gain complete experience of a language when you learn the language without the culture of the people. It is like going to the market with money and coming back empty because you forgot what to buy – what you ought to have bought or your forgotten shopping list is the culture. There are certain word groups or derivations that are embedded in cultures and have very interesting backgrounds. You can only explore them well when you interface with the language.

Sharpening your initial language skills: Geoffrey Willans says, “you can never understand one language until you understand at least two.” Speakers of two or more languages can tell you the truthfulness of this statement. When you learn the vocabulary of one language, it exposes you to how your first language operates. For all intents and purposes, your first language could have been learned informally (by default) or enhanced with some formal lessons at a younger age. You probably never minded going deep into knowing the grammatical structures, syntax and semantics of the language. Learning a new language however takes you into that unfamiliar territory of understanding the rudiments of language (now in a more mature age). This benefit can polish your skill in the first language or other languages you speak.

What do you consider your most important benefits of learning the language you are studying right now? You can add to the list here.